The Disconnect Between The Economy And Stocks 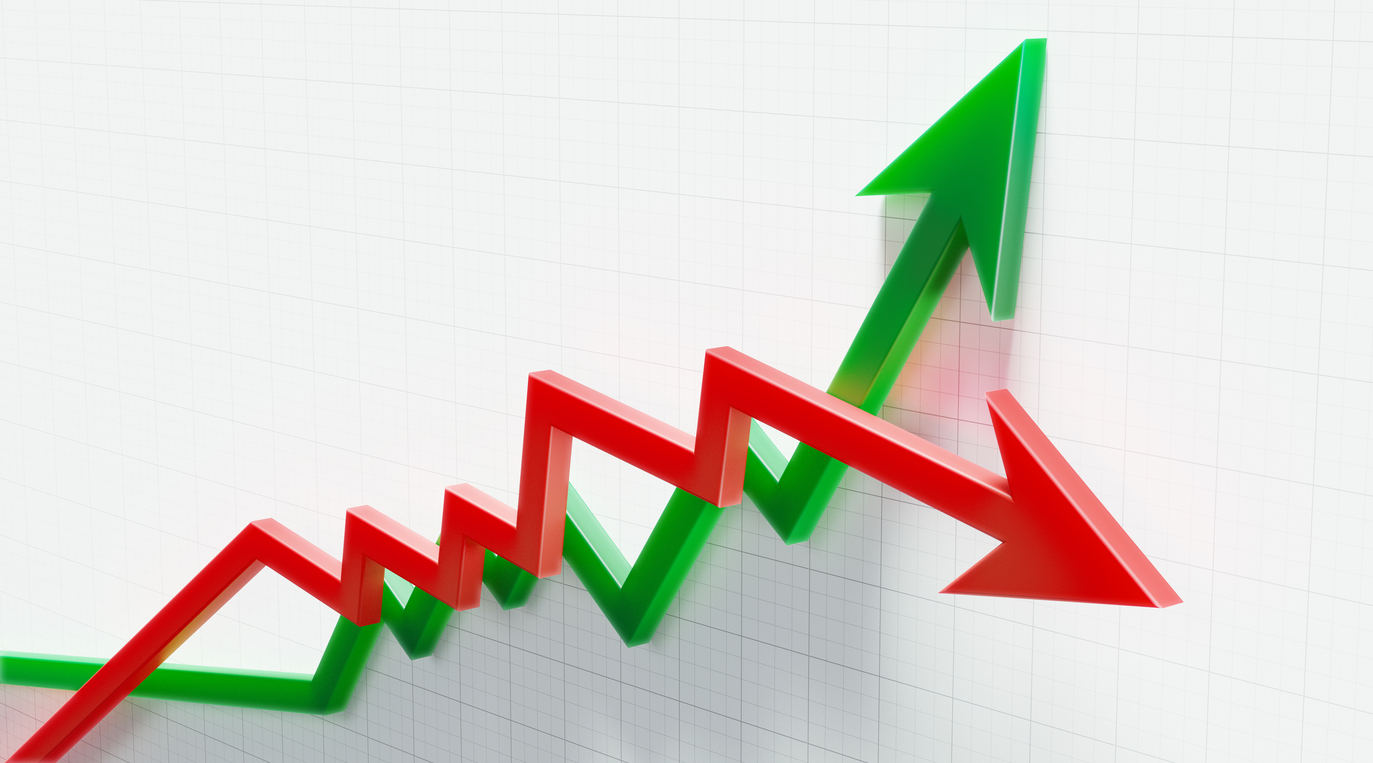 The stock market is not the economy (and it has never been more true).  The markets are experiencing a moment of optimism after suffering the sharpest drop into a bear market in history.  The magnitude of the recent price gains seems to be very optimistic regarding the forward path of economic normalization and earnings growth.  The S&P 500 rose 12.7% in April and is up about 30% from its March 23rd bottom.

Is the coast clear?  We don’t think so.  Markets should be careful about reading too much into the last seven weeks of gains.  The S&P 500 is still down 15% from its February high and off 11% year-to-date.  The equal-weighted S&P 500 is down 19% year-to-date.  And the median stock price is off about 25% from its peak.

The economy, meanwhile, is in apparent freefall.  GDP fell –4.8% in Q1, the biggest drop since the Great Recession, and expectations for Q2 are the stuff of nightmares (estimates range from a decline of -15% to -40%).  The economic pain is most apparent in the labor markets.  Job losses have been staggering and in only two months’ time dwarf job losses in prior recessions, as shown below. 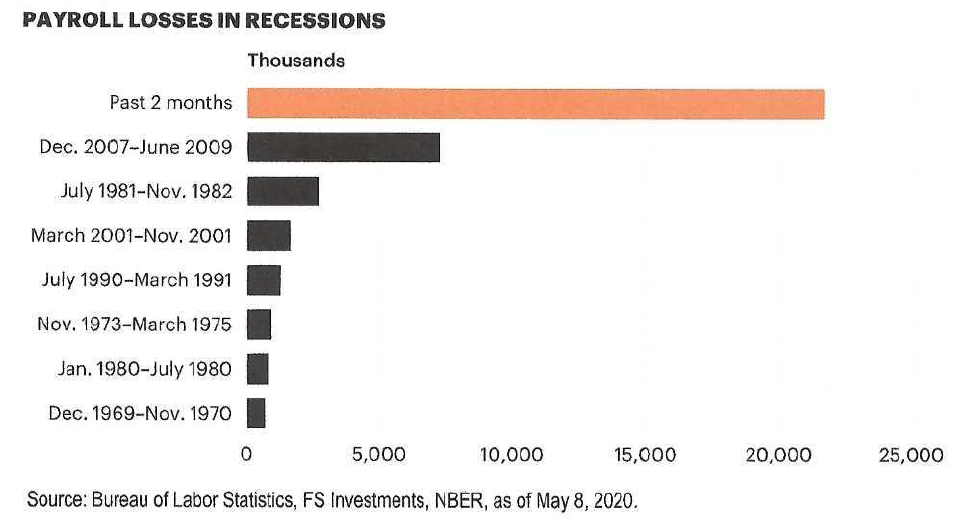 The unemployment rate now stands at 14.7% compared to 3.5% in February.  Still, the economic reality is much worse than the jobs numbers suggest as a result of how the government statisticians calculate the employment figures.  For example, there has been a steep drop in labor-force participation which is not reflected in the numbers.  It also doesn’t include those who are now involuntarily working part-time, or otherwise have their hours reduced as businesses operate in restricted ways.  In reality, one in five Americans is out of work, in our view.

Economists debate about the ‘shape’ of the recovery.  Of course, no one can know for sure, but we are skeptical of any hopes for a V-shaped recovery.  Markets may be latching onto some optimism that some states are reopening, but a gradual lift-off from current shelter-in-place regulations is not the same as a broad economic recovery here or abroad.  The market is not only under-appreciating the labor-market damage, but it’s also underestimating the duration of the global recession.

Our intent here is not to focus only on the bad because there are plenty of positives (low interest rates, Federal Reserve stimulus programs, U.S. Government stimulus packages, resolve of the American people and other factors).  Maybe the biggest positive is the Fed ‘put’ – that is, the Fed has announced they will provide as much liquidity as necessary and are viewed as a backstop for the markets.  But fundamentals still matter and right now the future is less certain than ever.  Stock prices at these levels assume the recovery falls neatly into place.  However, if more layoffs flip from temporary to permanent, more hours are slashed, and workers face challenges in finding a new job, investors will need to rethink current stock market levels.