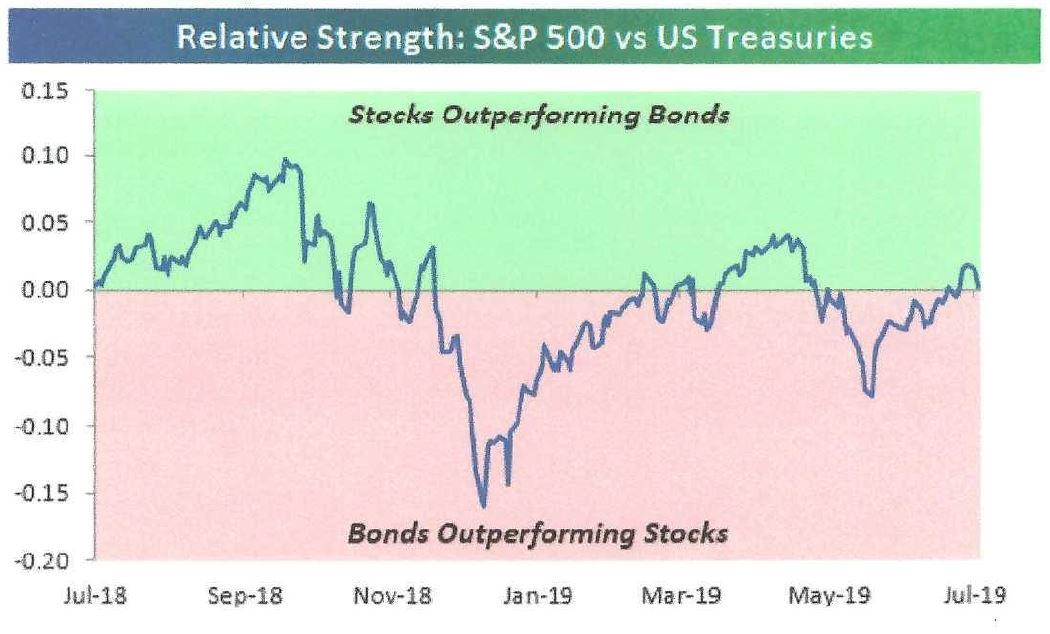 When the line is rising, it indicates that stocks are outperforming bonds, while a falling line indicates periods where bonds outperformed stocks.

We buy short and intermediate term bonds in client portfolios.  The appreciation in these bonds hasn’t been great as long term bonds this year, but their more conservative nature will better protect principal if interest rates rise from these levels.

With the recent plunge in interest rates, stock yields are very attractive relative to bonds.  Currently, 56% of the stocks in the S&P 500 yield more than the 10 year U.S. Treasury note, while over 40% have a higher current yield than the 30 year Treasury (source:  Bespoke Investment Group).