Tariff Tantrum: Why China Can’t Afford a Trade War with the U.S. 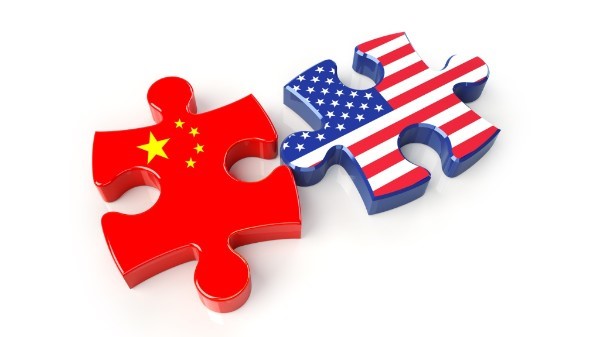 The rate of earnings growth likely peaked in Q1 (+25%) with growth for all of 2018 forecast at 19.8%. The 2019 forecast will see a deceleration to a still healthy 10.0% (resulting from operating earnings, not the federal tax overhaul – Source: FactSet). In recent time frames where companies increased earnings at a slower pace after the peak growth rate (1993, 2004, 2009), the stock market continued to churn out double-digit returns over the next three years. Clearly, the biggest risk in today’s market is the probable markdown of 2019 and 2020 forecast earnings as the result of trade wars.

The prospects for an all-out trade war have certainly caught investors’ attention. Are the tariffs imposed by the U.S. on our trading partners simply a negotiating tactic as the stock market first assumed, or could it represent the beginning of de-globalization?

Last Friday, the EU slapped $3.4 billion in tariffs on American products including whiskey and motorcycles (the new tariff will add nearly $7 to the price of a bottle of Jack Daniels imported from Tennessee). The tariff amount of $3.4 billion is relatively small, but other trading partners are piling on as well. According to the U.S. Chamber of Commerce, approximately $75 billion in U.S. products will be subject to new foreign tariffs by early July. Not a small amount.

The heavyweight fight will be between the U.S. and China where hundreds of billions of dollars of trade could be affected. This tit-for-tat conflict between the world’s two largest economies looks to escalate from here. But is China truly in a position to negotiate with us as an equal player? Probably not, given their secular problems at home. Although there would be clear negative consequences to the U.S., China has much more to lose and will avoid an all-out trade war with the U.S. Here’s why:

President Trump’s most recent threat to impose a 10% tariff on $200 billion of imported goods from China may not be the end of it (the first round was $50 billion). If China retaliates, the U.S. will extend tariffs on yet another $200 billion according to the President; $450 billion accounts for the great majority of the roughly $500 billion in yearly imports from China. This could have a debilitating effect on China’s exports to the U.S. and their overall economy. By way of comparison, China imported only $130 billion of goods from the U.S. in 2017 (this trade imbalance is one of the reasons President Trump is pursuing tariffs). The simple math shows China can’t equal the breadth of potential U.S. tariffs, but they could, of course, increase the tariff amount from 10% to 20% or more. According to many economists, this would be economic suicide for China piling on to a multitude of already existing problems at home.

Global trade still accounts for almost 1/3 of China’s GDP although that is down from 2/3 in 2006. Strong exports were a big reason why China’s growth exceeded the government’s target last year. A slump in exports could threaten GDP growth just as investments in factories and other fixed assets are slowing to multiyear lows, and household consumption is deteriorating rapidly. In addition, China has rising defaults resulting from soaring levels of corporate and local government debt. Not a rosy picture for China’s economic prospects. An escalating trade skirmish could become a punishing blow to their economy. However, China’s leaders may not back down until there are major economic and social consequences from the fight with the U.S.

What else could Beijing do to fight back? They have a number of options including restricting the access of U.S. companies to Chinese markets, instituting prejudiced anti-trust reviews and regulations, and steering business to non-U.S. firms. But all of this just reinforces the perception of China’s unfair trade practices to the rest of the world.

In addition to a tariff battle with China, the White House wants to limit Chinese ownership in U.S. technology firms, as well as block certain technology exports to Beijing. In a statement last Sunday, Commerce Secretary Wilbur Ross said, “The President has made clear his desire to protect American technology. All possibilities that would better protect American technology, including potential changes to export controls, are under review.” Some analysts think the dispute with China isn’t so much about soybeans and steel but rather about protecting U.S. intellectual property. Regardless, the tariff battle is real and must be settled as part of a broader U.S. strategy.

U.S. investors are spooked by the prospect of a deepening trade war. This new round of tariffs by the U.S. is expected to hit many consumer products compared to the first round which included mostly capital goods and intermediate goods (like semiconductor components). This will add to inflation but the magnitude is hard to calculate. The worst-case scenario could see inflation rise followed by a more aggressive Fed raising interest rates at a more rapid pace than currently expected. Higher rates could slow our economy and put us in a period of ‘stagflation.’ It could also put a cap on stock prices because earnings would be lower in 2019 and 2020 than currently expected. For now, the market doesn’t seem to know how to price in a trade fight and is starting to assume the worst.

We think this worst-case scenario is extremely unlikely. Although the rhetoric will likely get worse, China will talk tough on the world stage at the same time they are trying to quietly diffuse the situation behind the scenes. The downward drift in U.S. share prices may be an excuse to reprice stocks at lower multiples, but may also be an opportunity for long-term investors to buy stocks at more attractive prices. After all, many companies in the U.S. are little exposed to global trade.

The End of a Virtuous Fixed Income Market Cycle

The “unwind” of worldwide central bank accommodation (QE) is well underway here in the US with the European Union following suit near term (2019). Unparalleled central bank purchases served to lower rates, tighten (richen) credit spreads, diminish market volatility and rally stock markets worldwide. While gradual, the reversal of this process will likely raise (or normalize) rates, widening credit spreads, increase market volatility and threaten stock market valuations. We are already seeing these trends in the markets. The conclusion of what has clearly been a virtuous cycle for financial market participants is getting closer.

Diminished market liquidity, the result of tighter monetary policy, is already a threat in many emerging market countries. Diminished liquidity along with growing financial concerns have already compromised the credits of Argentina, Venezuela, and Turkey. EM sovereigns, corporations and even households had experienced seemingly infinite super-cheap financing that is now disappearing as quantitative easing turns to “quantitative tightening.” Investors are growing anxious with these rapidly deteriorating investments, creating capital flight, and this could grow far worse over time.

As the nearly decade-long virtuous market cycle concludes, unwary investors, especially those chasing yield in poorly constructed or highly concentrated bond funds, are likely to become victims. As an extreme example, a recent 100-year sovereign bond issued by Argentina has lost an astounding 20% of its value in the past few months. We don’t invest in high-risk fixed-income assets including emerging market, high yield, or even lower quality investment grade bonds.