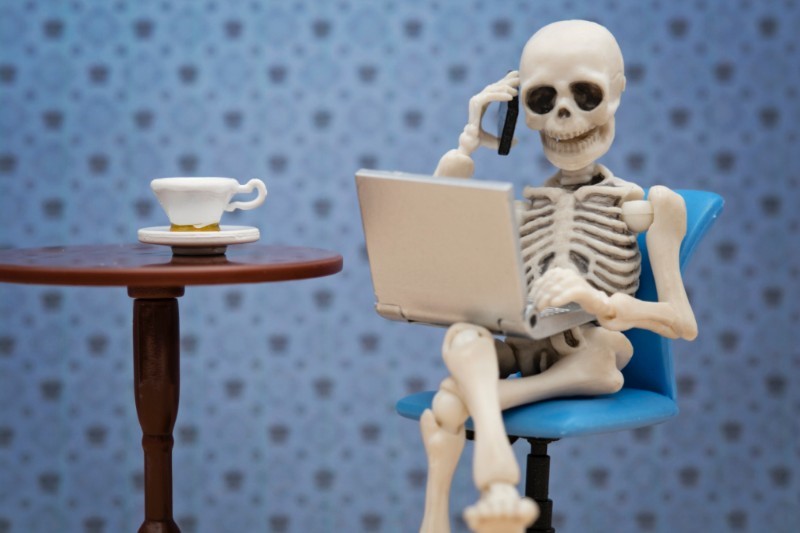 It seems timely this is the month for our annual Q&A.  Here are the most frequently asked questions by clients and other professionals:

What is causing the current stock market correction?

Concerns seem to be piling on making this a deep pull back. The S&P 500 is off over 7% from its September high, but the average S&P 500 stock is down 20.2% (as of October 26th, source:  Bespoke Investment Group).  The market’s attitude has gone from ‘flawless’ to ‘hopeless’ in a matter of weeks.

The main concern seems to be a potential slowdown in global growth next year, especially in emerging markets and China.  The U.S. is also expected to slow to 2.5% GDP growth next year (which is still above its recent trend) from over 3% this year. The ‘global growth synchronization’ story of 2017 may have concluded.

Second, Fed Chairman Powell spooked the market in early October when he stated that ‘neutral’ monetary policy would require multiple interest rate hikes.  One more Fed funds increase is expected this year and three in 2019, which some investors fear will tip the economy into recession. That seems too extreme to us given the currently sound underlying economic data.

Third, the trade war with China does not appear easily resolved. In the short term, the trade war will hurt companies that can’t pass tariff costs on to consumers. Over time, it will likely impact consumption.

What are the biggest risks to stock prices going forward?

According to Barron’s Big Money Poll, Fall 2018, the following four threats are thought to be the biggest by institutional investors:

As mentioned earlier, rates rising more than anticipated along with slowing growth would likely cause the market to re-price even further. The expectation that this could happen has already had negative consequences for share prices.

This refers primarily to the trade war with China. Can President Trump negotiate with China or has he boxed them into a corner? Do they need to save face and fight for current (unfair) trade rules to continue?  The upcoming G20 summit may provide insight into how quickly (or slowly) these negotiations will play out.

Earnings growth for Q3 has been very strong at 24% but is expected to fall to 10% in 2019. Still, not a bad number without the tax benefits corporations received in 2018. Profit margins are at peak levels but should decline due to higher interest rates and wage pressures. Current fears reflect the 2019 earnings growth slowdown with comparisons easing even more in 2020.


Will the coming mid-term elections cause even more volatility in the stock market?

Probably not. Of course if we get surprises, there’s always the potential for more volatility, but we wouldn’t expect it to last. Historically, the market rises 78% of the time in the 12 months after a mid-term election, about the same probability as any one-year period. According to Predictit.org, Democrats have a 67% chance to take control of the House of Representatives. Republicans have an 86% likelihood of retaining the Senate.

Are you sensitive to taxes when managing my portfolio?

Yes. Our holding period for an individual stock currently averages over four years which means our turnover is low and realized gains in taxable portfolios can be carefully managed. Also, we ‘tax loss harvest’ small losses (as appropriate) which can offset gains taken elsewhere in the portfolios. Realized gains can be larger late in the cycle after many years of price appreciation.

Have Treasury bond yields “normalized” yet?

While 10-year Treasury yields remain well below their more normal levels (prior to 2007), they have risen smartly over the past year to as high as 3.23%. Year-to-date this move in rates represents three-quarters of one percent in yield (or a loss in value of near 2.3% for the 10-year Treasury note). This is significant when you consider that the bond yielded only 2.4% this past January. 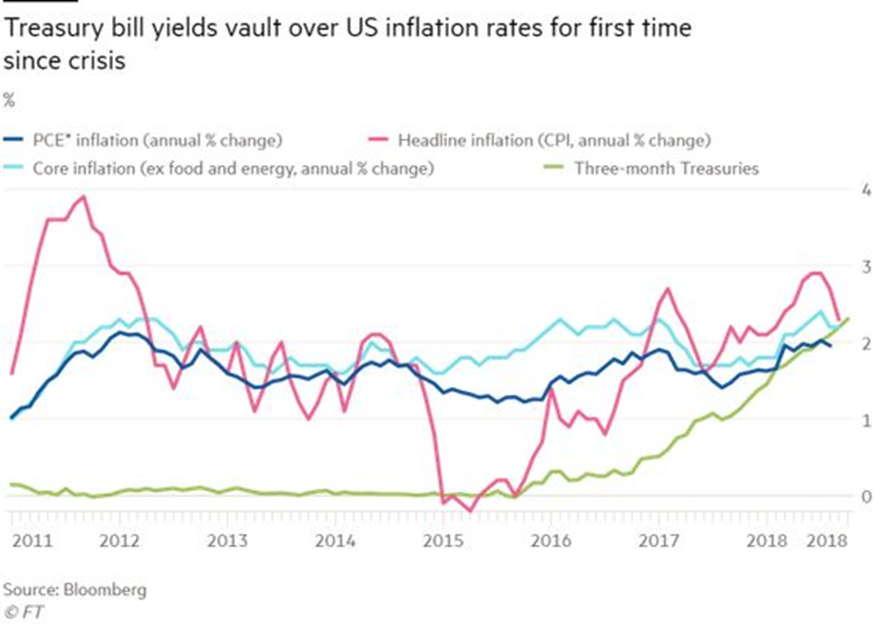 Analysis of the short end of the yield curve is more interesting. As you will note from the chart above, three-month Treasury bills now yield 2.3% which is the highest since the housing crisis. Importantly, three month T-bill yields are now above most commonly accepted inflation measures indicating that investors now earn a real (inflation-adjusted) return for the first time in a decade.

While the Fed has given no indication that the rate hikes of late are ending, progress has clearly been made.  We currently expect three additional rate hikes (each a quarter point) between now and July of 2019 – assuming the economy does not recoil as a result.

What does recent emerging market currency and stock market contagion mean for bond investors here in the US?

A growing crisis in emerging markets is upon us as the result of rising rates in the U.S., diminished international dollar liquidity and the Trump administration’s “weaponizing” of trade. The crisis is especially evident in China where the Shanghai stock exchange had declined nearly 25% from the recent high in January. Pressure on EM countries, especially those with high dollar-denominated debt levels and chronic trade deficits is likely to worsen over the next several quarters. This will likely lead to additional bond defaults, IMF bailouts (already occurring in Argentina, Pakistan, etc.), and the repricing of credit risk (to cheaper levels) across credit challenged bond markets.

In the U.S. the repricing of challenged (weak) credits could be damaging for U.S. investors because so much of the fund holdings owned by retail investors are now rated non-investment grade “junk” or near non-investment grade at BBB.  For additional insight into debt issues the market is facing, please see our September commentary. About two-thirds of outstanding domestic debt issuance falls in this higher risk category. With the credit spreads offered near all-time lows, we view these bonds as high risk with little upside potential.