Massive Stimulus Thrown At The Economy And Markets 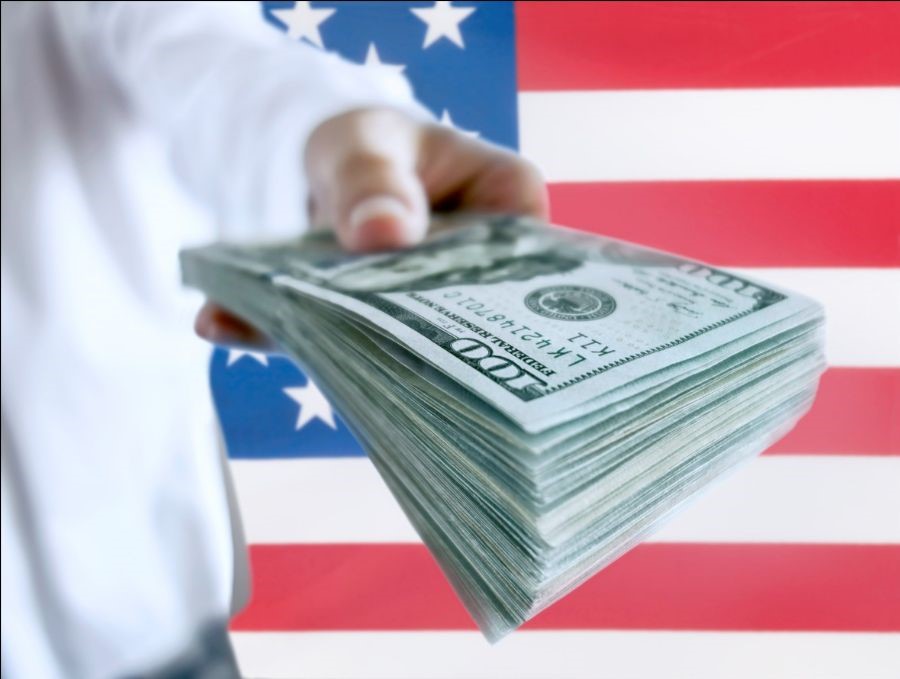 MASSIVE STIMULUS THROWN AT THE ECONOMY AND MARKETS

A good word to describe the stimulus meant to protect our economy and markets is “massive.”  Last week Congress passed a relief/stimulus bill that will throw more than $2 trillion into the economy.  The Fed continued expanding its balance sheet to the tune of well over $1 trillion in assets over the last four weeks – dwarfing anything done during the financial crisis.  And they promised more as needed – whatever it takes.  The massive combined monetary and fiscal stimulus of the last few weeks has taken everything that was thrown at the financial crisis over a two year period, and did it all in about three weeks.  Last Thursday we got the first hard data on why all of this is necessary:  A total of 3.3 million initial jobless claims.  On Monday, the St. Louis Fed forecast an unemployment rate of up to 32%.  Yesterday Goldman Sachs revised their Q2 GDP forecast to down 34% (annualized).

To everyone’s relief, the markets responded favorably to the stimulus.  Not just the stock market, but bonds, too.  The bond market seized up the week before, but the Fed’s liquidity infusion helped calm investors.  But how will stocks react when we see a full month of depression-level data, without the reassurance of more stimulus?  We are confident in the long-term effects of the stimulus, but the short-term is still in question.  It will be tough for many investors to keep the faith as the economic pain gets worse.  There is a strong chance that stocks have not seen their lows.

Let’s turn to typical market behavior during periods like this.  After a waterfall decline in stock prices made worse by panic, stocks tend to have sharp swings up and down which we seem to be experiencing now.  Last week showed just how violently stocks can rally from the lows.  After this, the typical next phase would be a retest of the March 23rd lows on lower volume.  It can take weeks or months for a retest to occur and there is no guarantee it will happen, but the odds are high that last week’s low will be tested.  Once a successful retest has been made and a permanent low is established, the move off the low is usually explosive.

How are we responding to this turbulent market?  First, a shopping list is being compiled of quality stocks we would like to buy.  We are finding attractively valued stocks but not as many “bargains” as we expected – not like we did in 2008 and 2011.  We will purchase “bargains” when we find them.  Timing the bottom is an impossible task, but identifying good value is something we have been able to do for many years.