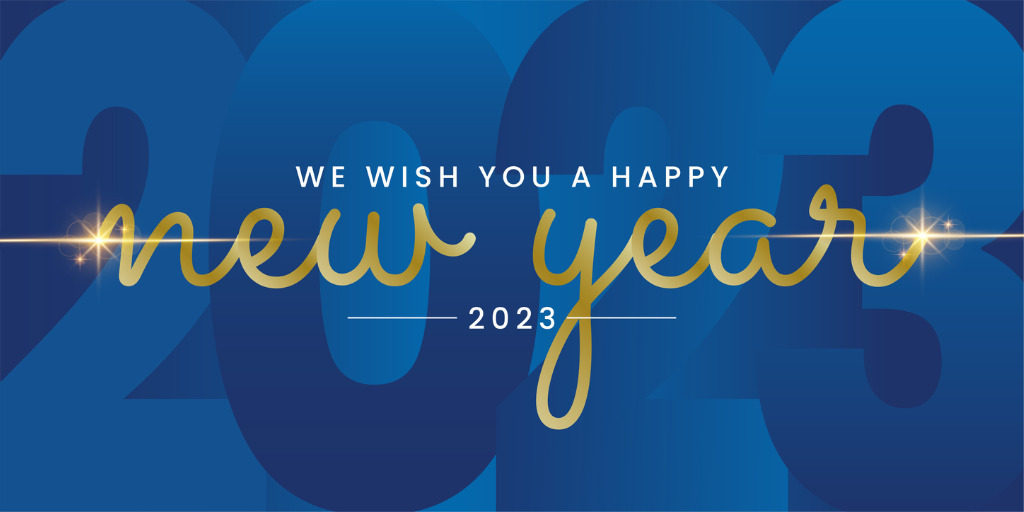 The end of a bear market and start of a new bull market is often a period of intense volatility as stocks shift from steep declines to sharp gains.  The last leg of a bear market certainly inflicts pain.  But the early days of a bull market are just as violent to the upside with double-digit percentage gains consistently over the next one and three months in almost all cases.

One of the debates entering 2023 is whether we have a recession and when it will start (or has it already started?).  The timing of a recession is important because stocks usually bottom before the halfway point of recessions.  The current consensus is that the recession will start this quarter and last the usual post-WWII duration of 10 months.  So that puts the halfway point of the recession about mid-year, when stocks are forecast to bottom.  Maybe the timing makes sense, maybe it doesn’t, but we question investors’ ability to forecast the exact timing of a recession and the market bottom.

Going back to the late 1980s, investors have never been more negative on the stock market than they were in 2022. Bullish sentiment was below its historical average every week of the year.  Sentiment is considered a reliable contrarian indicator, but it clearly missed the mark last year.  It is a reminder that no indicator is foolproof.  We follow sentiment and comment on it frequently, but in down-trending markets like 2022, it provides little insight.

In late 2021, valuations were not only high but near historical extremes.  After last year’s sharp decline in share prices, P/Es have reverted to more reasonable levels.  But while valuations have retreated, the market is still far from ‘attractive’ levels and nowhere near the historical average of 15.8x (trailing) dating back 100 years.  The trailing P/E currently sits at 19.6x.

The graph below shows the tremendous volatility in trailing P/E ratios going back about 70 years.  Notice the spike down in the last two years: 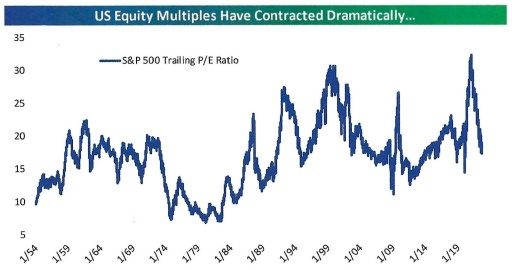 While valuations have reverted to their pre-Covid levels, a key difference between now and then is the level of interest rates.  During the post-Financial Crisis period, low interest rates provided a level of justification for higher equity valuations.  That reason (which is shaky to begin with) is no longer valid.

Bottom line:  Equity market valuations are still too high based on either trailing or forward P/E multiples.

There was no Santa Claus rally in December.  The only place Santa was seen was likely on a milk carton.  He was nowhere to be found in the stock market… 2022 was a bust for markets as stocks slid, bonds were hit by their worst sell-off ever, and cryptocurrencies were slammed.  The S&P 500 remains in a clear downtrend as shown by the graph:

Tail risks are low-probability events that are not expected by investors and not discounted in share prices.  If the events occur they are likely to damage stock prices.  One could argue the number one tail risk last year was high inflation.  Many investors believed the Fed when they said inflation was transitory.  When it wasn’t, stocks were hit hard in last year’s first half.  So what is on the list for 2023?

According to a survey of fund managers by Bank of America, the top three tail risks for this year are:

Tail risk events don’t occur every year but when they do corrections or bear markets are often the result – like 2022.  It seems like a lot could go wrong this year.  But that feeling is typical at the depths of a bear market.  Investors are happy 2022 is over.  2023 promises to be an interesting sequel.