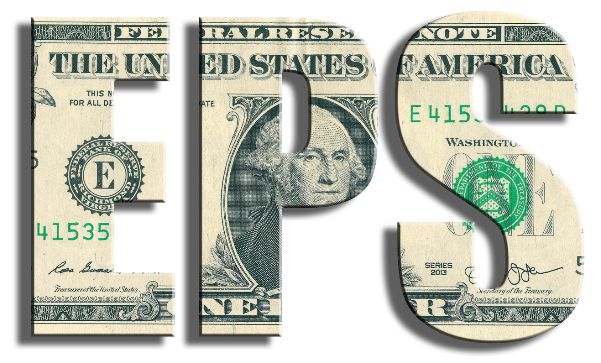 My business partner and co-author of these commentaries, Steve Riley, has decided to leave Clearview to pursue other interests.  His many contributions will be missed.

This week marks the anniversary of the January, 2018 fevered peak in stocks. Since then stocks are down 7%, but valuations are down by over 20% to historically average levels. There remains some skepticism of the recent six-week rally in the media, but the further we get from the Christmas Eve low, the more optimistic headlines we see. And the CNN Fear and Greed indicator rose last week back to ‘Greed.’ We would prefer to see investors remain fearful or uneasy so stocks could continue to climb the ‘wall of worry.’ We see the two biggest near-term threats to the market as 1) a significant markdown to current 2019 earnings growth estimates (see section below), and 2) the ongoing trade war with China (which feeds directly into our first concern).

With earnings season about half way through, it has been a mixed bag. Companies reporting earnings above estimates (71%) is above the five year average. Firms reporting revenues above estimates stands at 59%, which is below average. Companies beating EPS forecasts are being rewarded considerably more in magnitude than companies who miss are being punished. Many corporations that generate a significant amount of sales in China (Caterpillar for example) have reported disappointing earnings and outlooks. On the other hand, U.S. railroads (who are not as dependent on China) posted very good results and increased guidance going forward.  The divergence by industry has been wide. Let’s look at the actual consensus growth forecasts for the S&P 500 (source:  FactSet):

It’s important to note that many 2019 company forecasts are being downgraded. Expected earnings growth of 6.3% for 2019 is respectable for this late in the cycle, but just recently (December 31st) it stood at 7.8%. It was 10% at the end of Q3, 2018. If the bulk of the remaining companies to report dial back their earnings guidance for 2019, it’s a good bet this January rally will stop dead in its tracks. We assume there will be no expansion in P/E multiples this year.  Why would the market assign a higher P/E multiple to S&P 500 earnings if earnings growth is being marked down?  We don’t think it would. 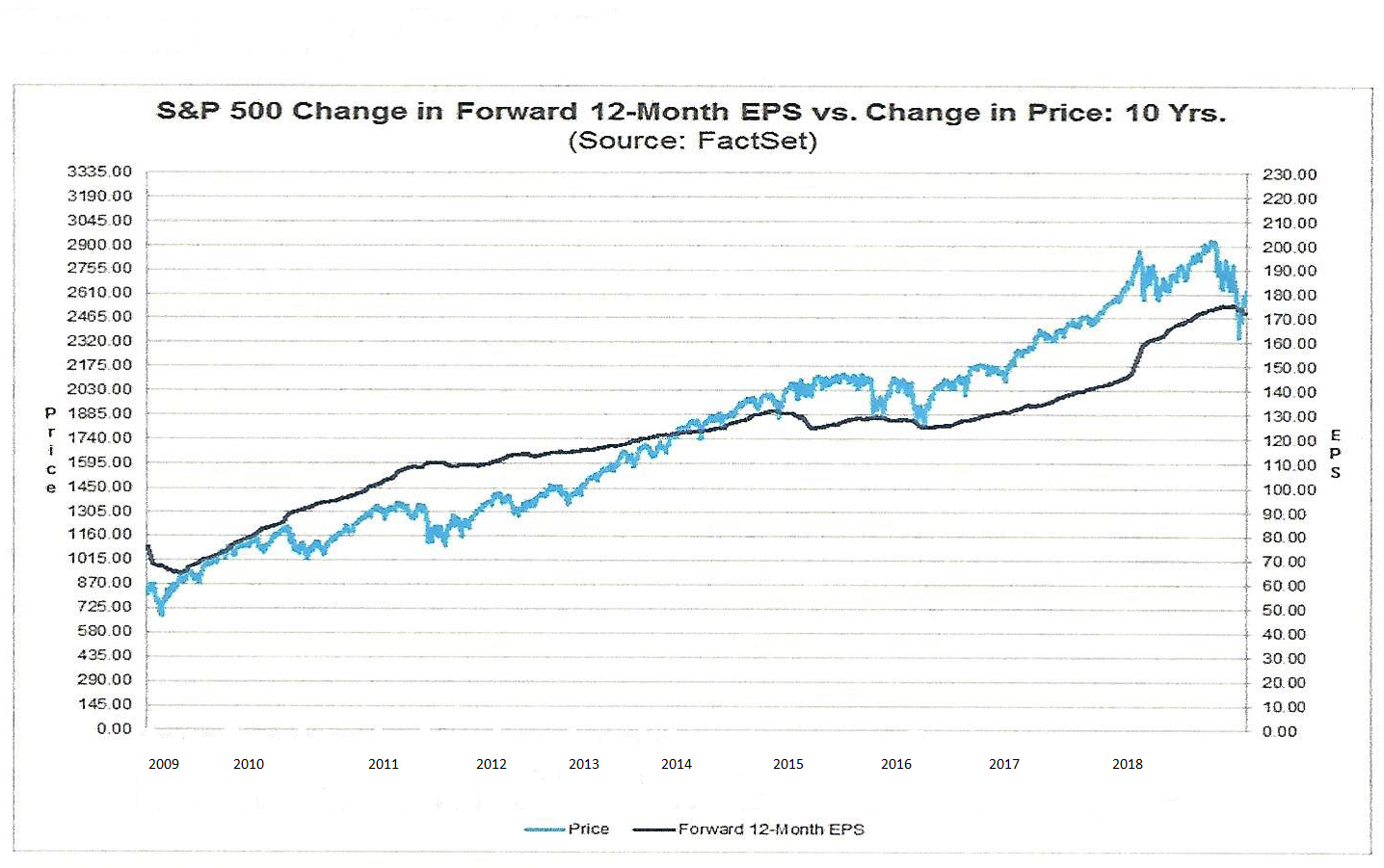 What is the graph telling us now?  Currently, the S&P 500 index trades about in line with earnings which marks fair valuation. In numerical terms, the forward P/E on the S&P 500 is 15.5X, in line with its 10-year average. The market seems neither over or undervalued at this time, much different than a year ago when valuation was a major concern.