Despite year-to-date losses for stocks, the estimated earnings of the S&P 500 companies for the next 12 months have continued to climb as shown below:

NO LETUP IN FORWARD EPS ESTIMATES 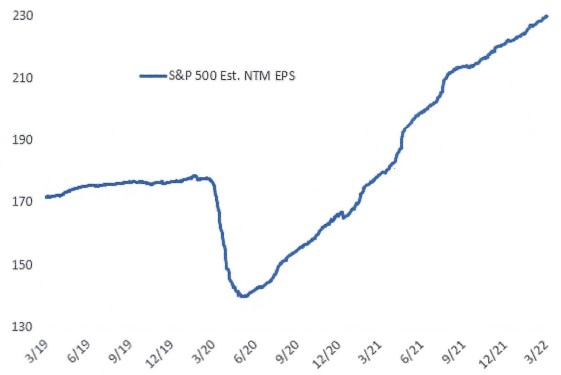 This divergence between the trend in forward estimates and where the market trades is uncommon but not totally unexpected given strong economic growth with tightening monetary policy.  Higher risk-free rates, less liquidity, and higher inflation are serving to reduce the value of stocks even though the continued upward revisions to EPS suggests few analysts are getting worried about growth (for now).  It also suggests a dovish pivot from the Fed could spark a serious rally in equities driven by a recovery in valuations.  Conversely, further hawkishness that risks recession would cause EPS estimates to roll over, reflecting an economic slowdown.  The basic takeaway is that the price declines were fueled by P/E multiple rather than earnings compression.

JP Morgan’s analysis found the change in share count had a very modest impact on EPS in 2021.  In fact, from 2001 to 2021, on average, the change in share count was responsible for just 0.3% of the 6.0% annual EPS growth during that period.  So clearly it is not just share buybacks driving stock prices.  Aggregate demand for shares has been high and buybacks have had only a minor impact on pushing stock prices higher.

THE FED HAS TURNED SHARPLY HAWKISH 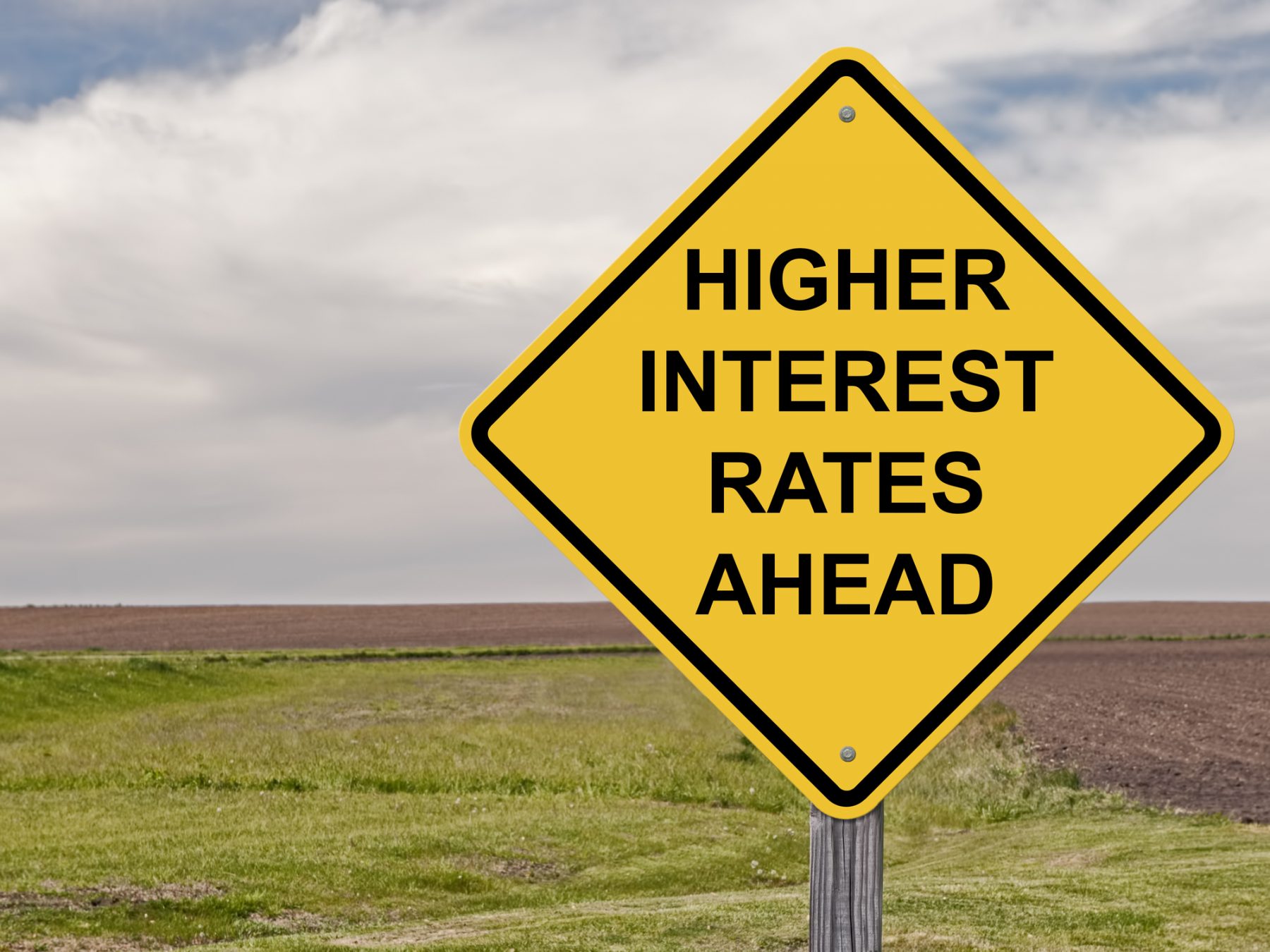 The Fed turned sharply hawkish over the last six months.  In August 2021, only one rate hike was priced in for 2022.  Now, the market expects seven 25 basis point hikes this year.  In addition the Fed has signaled it will shrink its balance sheet – a process known as quantitative tightening (QT) – as early as June.

The yield curve is not yet inverted (short maturity rates higher than long maturity rates) but is getting closer.  The current spread between a 2 year Treasury and a 10 year Treasury, a common comparison, is only 0.15% (15 basis points) – close to flashing a warning sign.

It is true that before every recession the yield curve has inverted, but not all yield curve inversions have resulted in a recession.  The warnings usually come between a year and three years before a recession starts, and the market can rise sharply during the waiting period (1989, 2005).  So far the Fed has raised rates once so this really remains an issue for 2023 or 2024, not today.

Some investors fear a Fed policy error.  We have a strong economy indeed, but some level of Federal Reserve monetary policy shock will derail it; the question for investors is whether markets realize how big the tightening juggernaut is… or if inflation will reverse and allow stocks to dodged the large caliber hikes that the Fed now seems ready to fire.

Rather than warn of recession, an inverted yield curve is better read as a sign to investors that the economy is getting late in its cycle.  The Fed is tightening policy to slow the economy.  It is important to note the Fed has engineered multiple soft landings in history, so we think it is premature to assume a policy mistake.

Can stocks rise during a tightening cycle?  Yes they can, and often do.  Gains are lower than when the Fed loosens policy but with corporate profits so strong it is very possible stocks advance further, in our opinion.  The advance in prices over the last two weeks is encouraging.  It is impossible to know, but maybe the correction is over despite a tough backdrop for equities:  war, inflation and the Fed.